On June 15, 2020, SHOW-YA held a live concert for the 35th anniversary without audience, using the antibody test kit that we promote.

Below are the sports news articles. 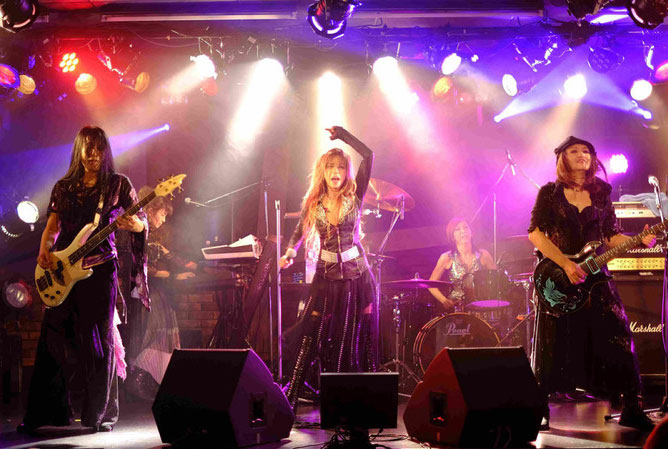 The female rock band "SHOW-YA", which has stopped all live activities due to the influence of the new coronavirus while celebrating the 35th anniversary of their debut, performed their first live broadcast without audience at Shimokitazawa Garden, Tokyo on 14th of June.

"Is everyone fine? It's SHOW-YA! It's our 35th anniversary this year, but because of this situation, we did tests by using Covid-19 antibody kits, and are ready for starting this live broadcast. Today we are delivering the "first SHOW-YA". It's sad that we can't see everyone's smiles, and everyone should be here with us, but please enjoy the concert without causing troubles to the neighbors." said the vocalist, Keiko Terada (56). They performed songs from eight albums released in five years after their debut, such as the album "masquerade show" from 1985, and 12 songs of American female singer such us " The Rose" from Bette Midler.

The drummer mittan said, ""I was really happy to perform because it was like everyone was there with us. The 35th anniversary! I'm sure we can meet everyone again, so please continue to support us! " Terada said, "I felt like everyone really was there, and I was sweating, feeling tired, so it was an amazing live as usual. I hope everyone could enjoy it."